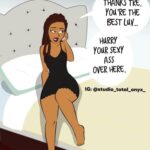 A memorandum of understanding was signed on 4 March, between the Uganda and HAL, which owns a Sukhoi manufacturing license granted by Russia.

Indian High Commission in Kampala. Lt. Gen. Charles Lutaaya, Commander of Air Force in the Uganda Peoples Defence Forces (UPDF), signed on behalf of Uganda. However, India and Uganda have yet to disclose the financial details of the agreement.

According to the Indian High Commission, the agreement is the first major defense deal signed with Uganda after Prime Minister Narendra Modi unveiled the “10 Principles of India-Africa Engagement” in 2018.